We are arriving in Sakaide. I thought I saw the Japanese stereotype on the pilot day before, but this was even better. An older “sensei” guiding young apprentice. I had to respect the patience the apprentice showed to sensei while he was giving pieces of advice. At the end of the practice, the vessel was alongside and ready for loading. 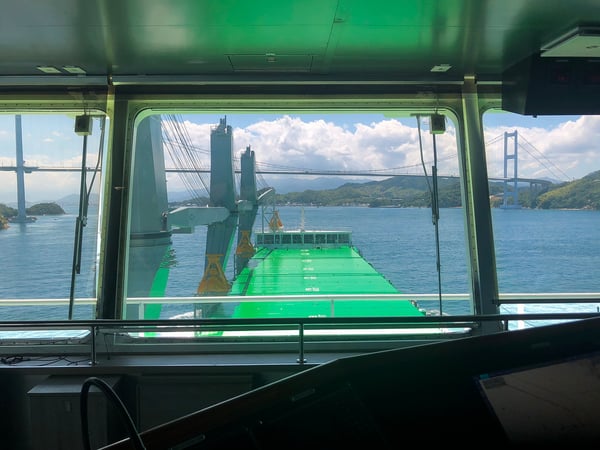 After having a closer look at Sakaide harbour, it started to look very familiar. Coke factory next to the pier with “cloud-making machine” reminded of the sceneries we have at Baltic coast harbours. We transport raw materials, which allows us to witness the very beginning of industrial processes. It is not always the prettiest sight but in a way, it is fascinating with fire and water, machines and people working 24/7 in a very complex facility.

While making fast I sighted two gentlemen at the quay. These fellows are something I have been waiting very eagerly. For the Northern Sea Route, you have to have experienced navigators with knowledge of ice navigation.  Mr Kaikkonen and Mr Vilokkinen are my dear colleagues and they are joining our crew as ice advisors. Their duty is to boost up our bridge watch and share their skills to our good deck officers. It serves also another purpose. Having well-motivated guys showing the ESL Shipping style to work, we can share our best practices with our crew from the beginning. Sailors already on board are well aware of our ship but the company way to work will now be introduced to them.

Although the sky has been clear since we left China I have been following a phenomenon going on at the Pacific Ocean. Weather forecast revealed the born of a new typhoon, which at the moment does not seem to cross our route. It still takes some days to actually see its behaviour as there are some known patterns and paths which they tend to follow. 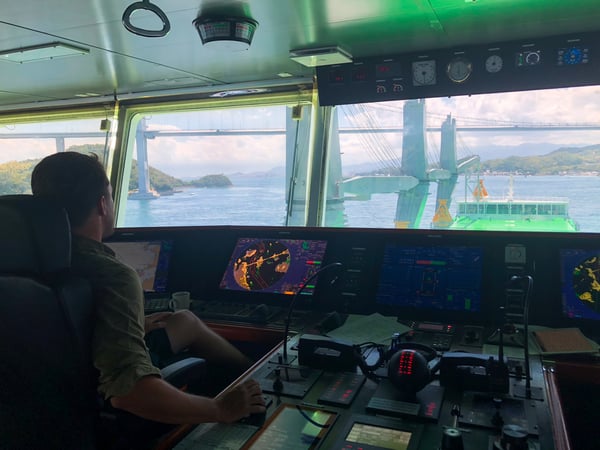