The morning started with hassle with Chinese authorities. This was predicted as the immigration and customs formalities at the airport are also quite exhausting. China, in general, is a nice country but as it is known they like their sense of security. For us living in Scandinavia the way to think is that the place is usually considered safe if there is no police or security around. For the Chinese, thinking is the opposite. The more surveillance the better. Same is with the people: for me, a relaxing situation is when there is absolutely no one around but for some Chinese people this makes them feel awkward.

Yet - even though there are a lot of things going on I have to admit that this morning I have had many cases where some tears are about to come. It is now the reality that the construction period of Haaga and her sister Viikki is now ended. Life as sailor continues. Having said that, it’s not easy to have a professional approach while hugging and shaking the hands of some friends you made at the shipyard.

Then it was the time. A situation meeting with three pilots, standby order, make fast tugboats and take a deep breath. 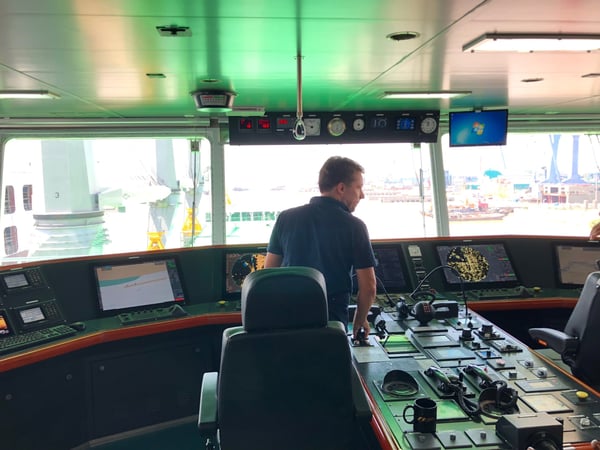 And dive into Yangtse river traffic. Traffic which is hard to describe by any other words than enormous (have a look at the timelapse of Haaga sailing upstream in the river after sea trials). It is like entering the subway in Shanghai during rush hour. It is all about surviving and pushing and blocking. There are some general rules to follow but everything else is about your capability to hit ship's tyfon button constantly and bullying. At the end of the day, I just noticed how wonderful the ship’ s behaviour is. She has very good manners and follows your orders promptly. 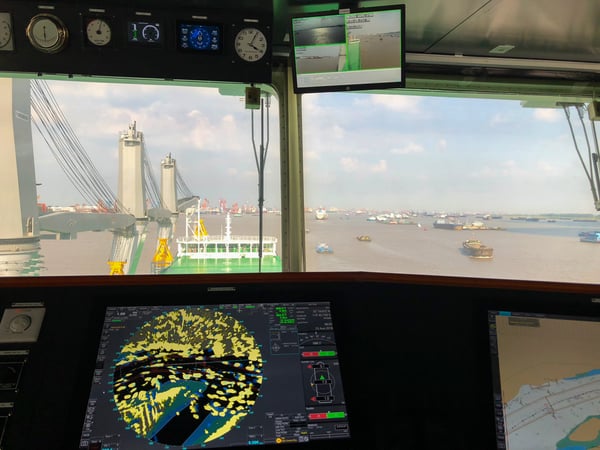